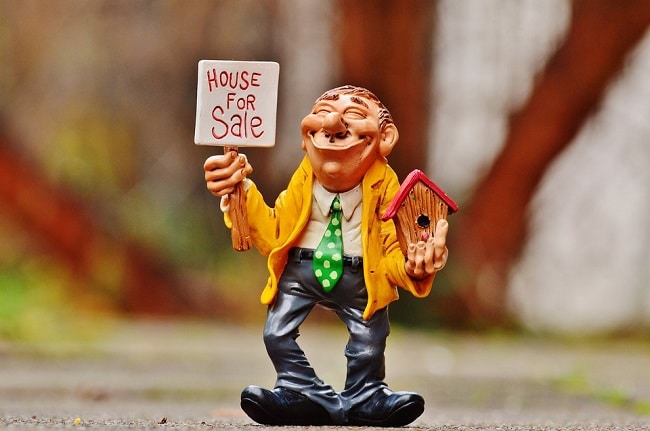 5 Reasons to Downsize Your Home Immediately

The American Dream typically includes a house with a white picket fence, 2.5 children, a car in the driveway and a dog in the yard. In reality, our dreams often have more depth and include different aspects for different people.

One thing that may hold true, however, is that everyone wants a nice, big house. We want a guest room so we can have friends and family come to visit. If we have kids, we may want each child to have his or her own room. And it seems to go without saying that the larger your house, the more stuff you can fill it with.

I suggest that instead of chasing the idea that a nicer, newer and most of all larger home will make us happier, we pursue something that will bring lasting happiness: financial freedom.

Here are 5 reasons that you should start looking to downsize your home as soon as possible.

The fact of the matter is, less house means a lower payment. There are other factors involved, of course, such as what neighborhood a house is in and what kind of property is included in the sale, the age of the house and how many upgrades it has had. But in general, a smaller home will come with a smaller monthly payment.

Imagine what you could do with an extra $500 per month. Or even an extra $200 per month. If you can reduce your mortgage payment each month, you’ll be able put the extra into savings, or enact one of the ideas below.

Another option is to eliminate your mortgage entirely. If you sell your current home and buy a new, smaller one for cash, you could own your home outright. If you don’t have enough equity in your home to make this feasible, you could still come out ahead by using the money you make on the sale to make a hefty down payment on a smaller, cheaper house, drastically reducing your monthly mortgage payments.

Don’t rush out and spend that extra money, however. Instead, put it toward paying off your debt.

US News reports that the average student graduating in 2014 left college with a staggering $28,000 in student loan debt. Making minimum payments can make that debt last a lifetime, and sap your monthly budget in the meantime.

Instead, apply the money you save on your mortgage each month to pay down your student loan faster, saving thousands of dollars on interest payments over the life of the loan.

The same concept can be applied to credit card balances, car loans, and even your mortgage. Nothing says financial freedom like being debt-free.

Let’s say you are currently living in a home around 2,400 sq feet, which the Wall Street Journal reports is the median house-size for all new homes built in 2015. You are likely to fill that space with STUFF.

If you downsize, you’ll not only spend less on the home itself, you’ll spend less money on stuff to put in it. Then you won’t have to buy more stuff, like bins or shelves, to store all the stuff you’ve already bought. Imagine how much less time you’ll be able to spend straightening and cleaning if your living space isn’t packed full of hundreds of dollars of material goods.

Minimizing also give you the opportunity to make even more cash by having a yard sale.

A new trend is starting, and it’s a healthy one: spend money on experiences, not stuff. Forbes magazine suggests that buying items gives a temporary thrill, but the memories we make on trips and outings with loved ones last a lifetime.

What about kids? Won’t they be disappointed not to get another five Lego sets this year? Consider instead gifting the little ones in your life with trips to the zoo and city museum passes. Then you can show up and take your niece or nephew on a fun day out as often as mom allows, and no one has to store more toys.

You can also use the money you save by downsizing your home to save for retirement. Although the current retirement age is 62, some experts predict that today’s young working adults will not be financially able to retire until 75.

If you don’t fancy hitting the 9 to 5 grind well into your golden years, invest in your future now with IRA’s and 401K’s. It will be well worth not having a second guest bath now when you get to take it easy a full decade earlier than your peers.