7 Ways Frugality Can Make You Rich 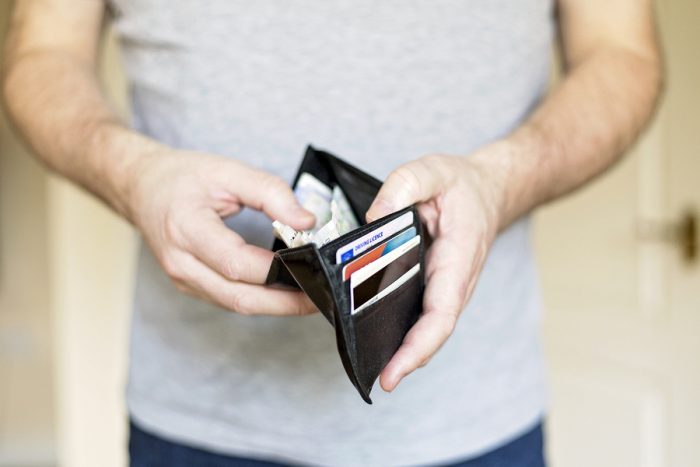 Frugal people have lots of habits. They don't have to be extreme to be effective. People don't have to hang up used dental floss to dry. Sometimes, the cheap version of a product is the worst deal because it will only last half as long as the more expensive version. Thinking before spending can do amazing things for a person's personal finances.

One trick to accumulating wealth is to save money. It does not make sense to spend earned income on unnecessary things. Cars usually are losing investments, but they are needed for transportation. Why spend more money to own an extravagant vehicle (read SUV) and suffer an even greater financial loss? It's not an ice cream truck. For most people, a personal vehicle will not generate income.

Don't be fooled by stories of the super rich only buying modest cars. Someone is buying Ferraris, and it's not people making minimum wage.

Spending money on expensive things is not a sin, if the dollar amount is insignificant in comparison with a person's net worth. Those people have made it to easy street. It's kind of snobby and misleading to brag about how Warren Buffet only buys modest cars.

For those still on a journey to build personal financial wealth, conservative spending makes sense. The  more money an individual can save or invest from his pay check, the faster he will increase his net worth. Getting a raise at work is not an excuse to buy a new sports car.

A frugal person on a mission to achieve financial freedom will continue to live below his means despite a raise. If monthly expenses are lower than monthly income then you are living below your means.

Print coupons are on the way out. Nowadays, finding and using digital coupons is easy and convenient.  The trick is for consumers to only use them for stuff they were going to buy anyway. If they normally buy Prego spaghetti sauce, but Ragu is on sale then they should be Ragu.

Manufacturers and stores create coupons to get consumers to spend more. By only buying what is needed and on sale, consumers can lower their expenses. Instead of spending the money saved on groceries on a new iPhone, personal finance enthusiasts might want to invest the money in something cooler such as an I Bond.

It's easy to figure out whether a person is living above or below his means. Just write down all the expenses and compare the total to the total income. To improve their financial situation, individuals can decide which expenses on the list are unnecessary and drop them. Even the habit of recording expenses as they occur can help people think more and spend less.

Most “Game of Thrones” fans probably don't watch HBO other than during the two months the show is on each year. They can save big by subscribing to the HBO Now internet/app service for two months instead of subscribing to cable or some digital TV service for a year. These people are not sacrificing, they're just saving money.

Decluttering can help individuals in many ways. It frees up space, cuts down on dust and helps prevent fires. Hoarders are not frugal. Putting on a yard sale can result in 100 percent profit for the homeowner. Selling stuff on eBay or Amazon can be profitable with the correct pricing and by minimizing shipping costs.

For adventurous personal finance enthusiasts, there often is the option of renting out unused bedrooms or office space. It's like recycling with steady cash flow.

Avoid temptation. It may be impractical to leave the house with a bunch of paper envelops of cash. A better way to eliminate impulse buying is to make a list of what is needed before leaving the house and only carrying one credit card.

Those prone to window shopping, probably should not carry cash or credit. Just take a photo of the items desired with a handy cellphone. When the would-be-spender gets home, he can think  hard about whether a Rolex watch is a must-have. Warren Buffet wears a Rolex, but he's still living well below his means. 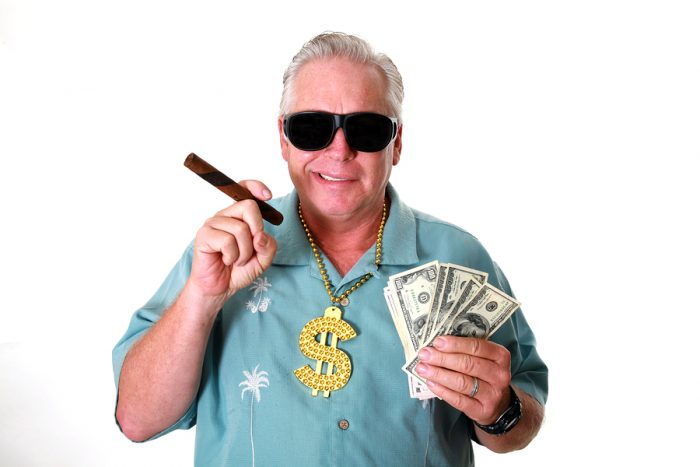 Everyone should know the odds of winning the lottery are ridiculous. The office lottery pool has the same conversation as the pool has the Laundromat. “We've been playing for two years, but we've only won a few free tickets.”

Get rich quick schemes are for suckers. Peter Lynch, the superstar Fidelity Magellan Fund manager is a smarter investor than most humans. He never gambled with options trading. Getting wealthy through investing takes research and a lot of time. Options traders might have a hot streak for a couple of months, but they have to know when to step away.

The idea young investors can afford to take bigger investment risks is kind of silly. A $10,000 loss at 25 is still $10,000. A more realistic, long-term strategy of investing in low cost, index funds that are likely to at least match market gains has a better chance of outperforming a risky, high-cost mutual fund plan. With a low-risk plan, investors won't have to worry about making up for losses at any age.

The other side and possibly more difficult part of the personal finance equation is income. How much is a person's time worth? Chances are a free lance, side job will pay less an hour than a person's full-time job. If the opposite is true, perhaps a career change is in order.

Extra work is like exercising to lose weight instead of developing healthy eating habits. It's easier for some people than others. It's great to have extra money to pay down debt faster, save or invest. Individuals need to consider whether an extra four hours on the computer a night is cost-effective for them.

Another benefit of side work is it can distract individuals from spending money. It might even motivate them to save more because working a side job can feel more like running a business than working for a corporate machine.

Being frugal to achieve personal wealth is more than upgrading light bulbs in the house to LEDs. It's a mind set and a bunch of good habits. Budgeting usually is the first step toward making efficient progress toward financial goals. The ideas and acts are simple, finding motivation usually is the biggest challenge.