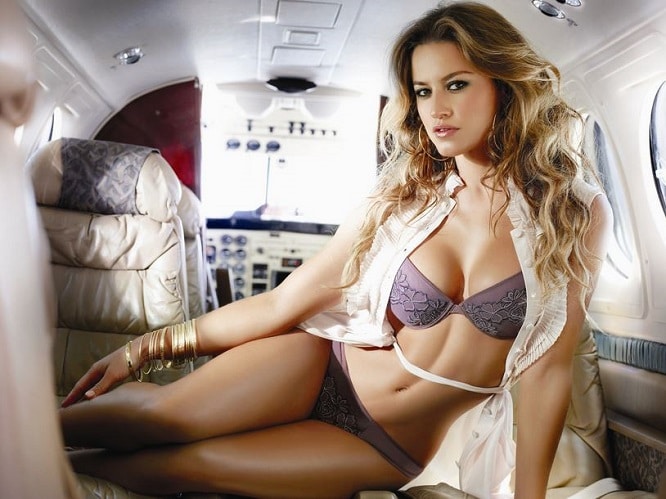 The desire to be part of the in-crowd and sit at the cool table starts sometime around high school for most of us. As we get older, we want (or is it need?) the designer clothes, the luxury car and the friends with all the best connections. From those teenage years on, we want to prove our worth and for the few who have the bank accounts to back it up, elite credit cards are the new cool table.

Available only to the ridiculously-affluent, the credit card industry has created a lucrative practice by offering exclusive cards to people who wouldn’t mind flaunting their status. If you’re wondering who gets these cards, let’s just say they aren’t going to people worrying over paying their credit card balance in full this month, but rather people who might buy a small plane on a random Tuesday because it caught their fancy.

These cards aren’t advertised, or at least not in pedestrian circles. And the cardholders aren’t just handed over these golden tickets, they’re typically packing a whopper of an annual fee. The draw (besides the killer status symbol, of course), is that you get perks that can be extravagant; basically limitless credit limits and a red carpet rolled out for you when you use/show it off.

The most well known of these elite cards is the American Express Centurion card, more casually called “the black card.” American Express launched the card in 1999 after rumors had circulated for years that they provided black credit cards to ultra-wealthy customers that allowed them to buy anything they wanted. The company decided to run with the tale and create the card.

Since then, it’s kept its exclusive status by surrounding itself in mystery. If you ask an American Express employee about the perks of the card, you won’t get specifics — just enough to make you want it. If you’re tempted by “rare” experiences, which could mean anything from attending the Superbowl like you invented the Superbowl to private island vacations, this card might be for you. You also get access to a 24-hour American Express concierge who can fulfill your every whim. Hotel and flight upgrades are a given and of course you can get into any lounge you want in any corner of the world. Some reports say you can not only get personal shoppers when you need them but request luxury shops to close and let you shop by yourself.

The black card, made of anodized titanium, is given out by invitation only if you meet the requirements.  First, you have to have been an American Express Platinum cardholder for a more than a year and charged a minimum of $250,000 on that card in a year’s time. If you meet those requirements and whatever others AmEx hasn’t disclosed, don’t jump for joy until you see the fees. There’s a one-time joining fee of $7,500 and an annual fee of $2,500 to cover all those perks. But there’s no interest because it’s not a credit card, it’s a charge card  — meaning the balance is expected to be paid in full each month. There is no known spending limit.

If you’re looking for a card made of 23-karat gold and a rare metal called palladium, with your name and the company logo laser-etched in, J.P. Morgan Chase has done it. Melted down, the physical card itself would be worth around $1,000, so it comes with a plastic version for everyday use.

The card is designed for people who are established with JP Morgan private bank or investment bank, but you still must be invited to apply for the card. Once you’re in, the rewards are stellar.  According to Chase’s website, the card provides a concierge service that’s available at all times to handle travel, dining and ticket arrangements as well as anything else you might need. You also get access to tons of lounges all over the world, the use of a private jet, a travel rewards program, flight deals and the list goes on. As for points, all dollars spent on travel are double points in the rewards program, where dollars spent on anything else are one point.

There’s an annual fee of $595 but all other fees are waived, and there’s no spending limit.

Taking a break from the black cards, The Stratus Rewards Visa is a stark white card, available by invitation only to high-net-worth current cardmembers. The card is aimed at individuals desiring the use of private jet travel because it allows them to obtain it as a reward. Cardholders who are friends with other members are allowed to share their earned points to redeem the use of private jets.

The perks don’t stop with a private jet. You also get a personal concierge, luxury hotel upgrades, car service, gifts, special discounts on expensive merchandise and more. The annual fee is $1,500.

Visa’s response to the American Express Centurion card is its Black Card — which anyone can apply for — is made of carbon and “guaranteed to get you noticed,” according to the application. Cardholders get access to concierge service to help with everything from hotels to golf outings and shopping, limo service and protection on purchases past the manufacturer’s warranty. You also get unlimited 24 hour VIP airport lounge visits at 350 locations around the world. A big perk for those who love to travel is the added travel insurance, reimbursement for lost/delayed luggage and protection of auto rentals, so you aren’t in a sticky situation if your vacation goes awry. VIP treatment is also included at many hotels, including upgrades and spa access. Cardholders even get even luxury gifts.

The downside to the card is the hefty annual fee of $495. Cardmembers do get 1% of their spending as cash back or 2% if redeemed as airline reservations.

While not easily obtainable for most, these cards are an interesting look at what doors can open to you when you flash the right plastic … or in most of these cases, metal.