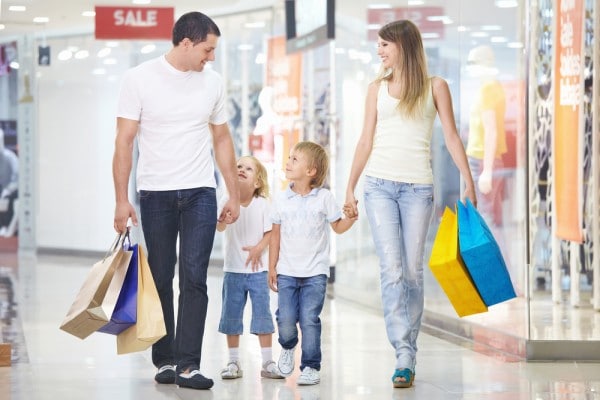 A combination of studies recently released shows consumers are coming back home to credit cards after taking a break from charging post recession. In a study released by the American Bankers Association this month, new credit card accounts were up 14 percent from the same time last year. Not everyone is on board, though. A spring study from CreditCards.com, shows that credit card companies are facing an age gap when it comes to 18-29 year olds consumers, with 36 percent of them stating they have never had a credit card. More likely to be racking up the bonus points and sky miles are middle-aged individuals, using cards to pay for everyday purchases.

Delinquencies in bank credit cards dropped three points in the first quarter of 2015 to 2.49 — well below the 15-year average of 3.76 percent, according to a bulletin released by the American Bankers Association. They have only varied by 14 points since 2012. A delinquency is a late payment that is more than 30 days overdue.

Cards are a means to an end

Allianz Life, a insurance company, released a study in January that states consumers ages 35 to 48 (Generation X) and their elders, Baby Boomers, (ages 49-67) largely see credit cards as a financial tool for comfortable living, but it’s at a detriment to their retirement savings.

The younger half of the survey participants said they view credit cards as more of a necessity for “survival” — even relying on them cover run-of-the-mill bills. Baby Boomers are less likely to use their cards so regularly, with just 14 percent in agreement.

Getting comfortable with debt

Relying so heavily on their credit cards for everyday things is bad news for Gen Xers – a generation already known to be saddled with more debt than it can handle. Besides having 60 percent more mortgage debt than Baby Boomers, Gen Xers have a staggering 82 percent more debt made up by accounts like student loans and credit cards. The generation also faces a dismal job market and lackluster housing market, making for fewer employment opportunities and homes worth less than their purchase price.

About 46 percent of Gen Xers pay only part of their credit card balance monthly while the rest pay in full or abstain from credit cards. With Baby Boomers, that number is significantly lower at 32 percent.

The Allianz study shows a stark difference between the long term planning ideals of the two generations. Baby Boomers are overwhelmingly focused on saving for a rainy day, or in this case retirement, while Gen Xers are living in the moment. Both say they believe preparing for retirement is important, but 84 percent of respondents think traditional retirement is simply a fantasy.

Gen X respondents feel at a disadvantage when it comes to achieving their financial goals, but according to the report both generations are “surprisingly relaxed” about planning for the future.

Coming back to plastic

Before the recession in 2008, Americans had a love affair with plastic. We loved to charge, and it showed as credit card debt skyrocketed 87 percent in the ten years leading up to the crash. A nation spending beyond its means fell behind on just about everything when the economy went belly-up and unemployment soared.

Since the fall, consumers have been paying off those cards and banks have reeled in credit lines. While Americans are more responsible with plastic than we were prior to the recession, part of the help comes from the Credit Card Accountability, Responsibility and Disclosure (CARD) Act — legislation that cleaned up the credit card industry during the recession. The CARD Act reduced the amount of fees a cardholder could be charged and prevented the companies from raising interest rates or other terms without notice.

The road out of debt

While credit cards can be a helpful tool — or even a necessary evil — some consumers are trapped under debt piles that seem impossible to move. For those individuals, the first step is lowering your credit card balances. Here’s a step by step plan to help those who need a push toward getting back on track.

Know what you owe. There’s no room for guessing here. Get out the bills, write down the balance and the interest rate.

Be a negotiator. Get your credit card companies on the phone and ask for a better interest rate. Some lenders will do this only based on your credit rating but it can’t hurt to ask. Make sure you change the interest rate from step one if you’re successful.

Keep up with your spending. Write down your normal outgoing bills (car payments, insurance cell phone bills, utilities, rent, etc.) and try to capture your expenses that change like entertainment.

Budget! Look at the expenses you wrote down and start deciding what you can cut. Be real, because you’ll need to make some sacrifices but you still have to live. Try cutting back instead of cutting out. Write down ways you can make changes now, like downgrading your cable service. Split your monthly budget into weeks so you’ll do a better job of staying on target.

Delinquencies may be down, but many Americans have learned a hard lesson about using credit cards and remain dependent upon them.